I was generally enjoying the course,  I enjoyed meeting people from all over the world – and had a good time.  We had many social gatherings and great conversations.

I was frustrated though that there was so much talk and very little practical work.  We only worked with a horse ourselves in the final week.  And then it may have been once or twice for only a few minutes.

Kert was always so very nice to me, but downright frightening with some people!

We spent one afternoon in the freezing arena while he argued with one of the students for hours!   All this person had said was ‘Why are we – the students – always wrong in an argument?’  He tore him to shreds and no one dared to provide any rational reasoning.  In fact, Kert was able to convince the group he was indeed right – and scarily we were believing it!!!

I kept thinking, I’m here to see his work with the horses – and I didn’t want to focus on the negative. 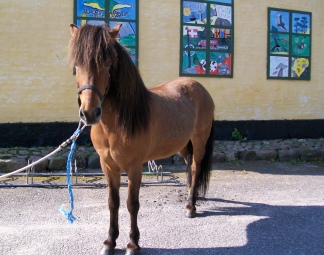 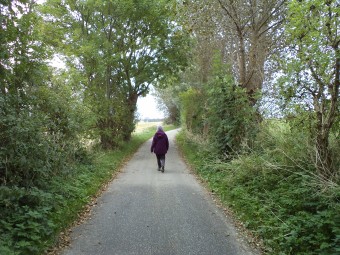 Kert had said if we are to stand in front of a horse, we need to know ourselves.  We cannot stand in front of a horse in any other way.  We need to be grounded, upright in body, with a clear mind, a sense of calmness – but be very sure in ourselves.  The topics we were covering were helping us to become this,  but at present, he said,  none of us were ready to stand with a horse.

Okay, the group accepted we weren’t ready…..  He had managed to convince us…..  and I have to say, it wasn’t bad advice to continue focussing on the calmness, grounding and general body awareness.  These teachings were some of the best things that came out of my time with The Master.

Kert worked with several different horses over the weeks.  These are horses people either bring to the courses or ones who have been sent there for some training.  He said he likes to ‘get rid of horses’ as quickly as possible as they are so much work when you look after them properly.  By this he meant having them stabled most of the time, with short turn out, being thoroughly groomed each day and keeping all healthcare up to date, sourcing the right feed and taking care of the hooves etc.

For Australians, this was unheard of!  Most people keep their horses in paddocks.  They would never see a stable!!

He would also regularly question why we wanted to have horses in the first place!!!   Did we really want the work and responsibility???  Well, yes!!!  That’s why we had all travelled so far to see him!!  We wanted the best for our horses!!

This sort of talk both confused and disheartened me.  Why would he say that if his whole business was geared around horses???  It didnt make sense.

Then the next day he would give us a superb demonstration with a horse.  It always made us want more. He seemed to know exactly what to do next.  He never hurried or stressed. Everything was calm, but with perfect concentration from him….directing the horse here and there – having it literally eating out of his hand.  It would seem to glide with him!!!

…….And that was the carrot dangling in front of me!!!  That’s what I wanted to learn!!!!  And that is why I decided to ignore many of the other of Kert’s oddities.  I was here for the horses… that was all…

Kert had also made arrangements for another special course for us combined with a general seven days of him demonstrating with horses in the September of 2010.  He said we would then be ready to do more.  We were all very excited to attend that!

This first course felt so unfinished – and on the last day I was finally about to get some help with Magnum via a horse characterisation.  Magnum’s photo was on the screen ready when he came into the classroom.

As it happened, Kert had an  argument with one of the students who could not see his point – so after spending four weeks doing this course, he just said goodbye and stormed out – the photo of Magnum was still up on the screen….the opportunity gone…  I was shattered….

But, like the 7 year old girl, waiting for the white pony,  I told myself it would all happen next time… and I wasn’t alone!!

COMING UP – THE SECOND JOURNEY TO THE MASTER