Our time had almost come to an end.  I had such mixed feelings.  I could hardly wait to get home – but also I was sad to be saying goodbye to everyone.

The eight of us from the Level 3 group headed to Kert’s house for dinner.  Once again it was a fun night – with Kert being ever so entertaining.  We were seeing charming, happy Kert – making jokes and looking after us – making sure we all had enough to eat and drink.

These were the moments when you wanted to always be in his company – the charismatic moments.  It was easy then to forget the bad bits – or to wonder if you had imagined them!

But looking at the women in his household….. they were overworked, forever obedient – and looked haunted….  I wondered how much notice they had to prepare a dinner for an extra eight people.

I had heard stories about ‘his women’ – various women and children – and they seemed to do all the work – inside and out.  They seemed relatively young, attractive  – very quiet – and constantly worried – or unsure.  Often they were in the class for various reasons – Kert would say something – and then say to them – ‘isn’t that right Merrin – or Jenny etc. – they would answer back “Yes Kert!” – like he was the commander…… and he was!

I felt for them – trapped in his cult like world – what a terrible life!

Before we left, we had another farewell gathering at our unit with the rest of the group – some of the partings were sad… Despite feeling abandoned by the group at times, I did have some good friends there.  And in particular I was a bit concerned about two of the younger girls staying on for the year.  I hoped they would be okay and I made them promise to email me.

As we said our farewells to Kert – he was shaking hands with each person – but he didn’t shake my hand – and I didn’t want to shake his – we just said our goodbyes – I felt sad at how things had turned out – at this point my head was still in a messed up state and it would take many months to sort things out.

We both knew I wouldn’t be back – I  finally understood that there was no fairytale endings here – no white pony in the garden…… as I had found out in my childhood – and no riding in harmony with the horse….

I was so homesick and just wanted to get back to Australia.  I would sort my head out later – there was much to wade through…

At that moment I thought of my favourite fairytale – The Ugly Duckling….  The many swans around reminded me of it constantly.  I wasn’t the beautiful swan – I still felt very much like the ugly duckling.  In fact I felt like a broken, ugly duckling! 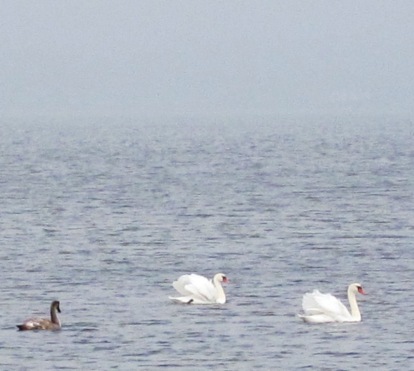 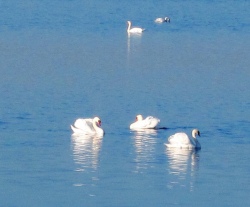 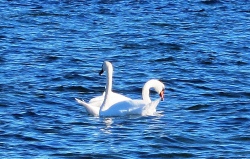 I hadn’t found my ‘people’ in the horse world..  I didn’t really know what I was looking for.

The European winter was fast approaching – I was so very cold – I wanted to get home to the warmth – to my family and my horses…..