The feature photo is courtesy of Peter Byrne Photography.  The helicopter is so tiny against all the smoke from the fire.  I think this is so symbolic of what we are up against.

Since I wrote my last post Waiting for the Enemy we – and everyone else in our region – have been busy.  On Sunday night and Monday I went through the whole house again – making sure I had the special things.  My first round of packing had been done in sheer panic – I had time to look more carefully. 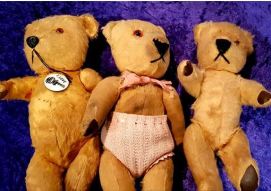 I pulled out box after box from the cupboards.  It’s something I knew I needed to sort out.  All my mother’s things are here in boxes – and also our children have left many things here.  It’s a bit of a ‘dumping ground’ – but my place is also the ‘keepsake headquarters’ for items on my side of the family.

I ran out of boxes – so I emptied the contents of other boxes and used them.  I then looked at the huge mess I had made.  It was a weird feeling knowing there was no point repacking neatly at present – plus I didn’t need to waste time doing that.  Everything was placed at the front door  ready to go into the car.

Meanwhile Doug was preparing all the hoses and pumps, and anything else that needed attention on the property.  The large firefighting hoses take some time to roll out, sandbags were made to plug up the gutters – lawn around the house was mown once again.

The predictions were grim.  A notice had been put up showing the predicted fire path – we were in it.  I think if you click on these photos they will enlarge so you can see detail. 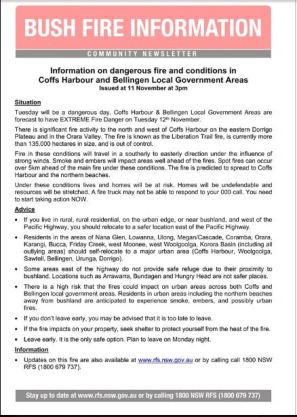 So – I should explain more about this fire.  The fire that was – and is – threatening us is called the Liberation Trail fire.  It originated in the mountain ranges west of us – and now many of the fires that have been burning in the ranges have all joined together.  The area that has been burnt is currently 148120 hectares.  Here are some photos of the maps – as of today.  The bottom two photos are close ups – showing how close it is to the township of Nana Glen.  We are about 15 km from Nana Glen.

Currently the town has been evacuated, along with the surrounding district areas.  Today the helicopters are flying overhead constantly, to try and contain the fire to the west of Nana Glen – and the Orara Way.

So – back to the story…..I think we rolled into bed about midnight on the Monday night.  Oh!  So many thoughts and emotions!  I was trembling – Was this the last night I would sleep in my bed? Would there be nothing standing the next day??  And on and on.  I prayed to any form of God or Universal Force around….  then I wanted my parents there!  I was wishing my Dad was there.  He has been dead for 52 years…  I could remember him stroking my forehead – trying to get us to have a nap before we were going out…  I never had that nap – but I loved the stroking and attention.  Now I wanted him there!

I guess in behaviour terms this was ‘regression’.  When you are truly fearful, you go back to the child and what comforted you.

Finally, I went to sleep – and the next thing I knew Doug was waking me at 6.30am.  I’d slept in!  He had finished packing the car, tended to the cats – and filled the gutters with water.

I rushed to have some breakfast and get organised with the tags I had made for the horses.  We listened to many news channels as we went and I was in constant contact with our neighbours.

It was surreal spending that morning with the horses.  I couldn’t stop shaking.  I took off the flammable rugs and fly masks – and Danny’s hoof boots and then went about tying the tags in.  I was struggling to do it in my panic.  I was reminded of those movies when someone is trying to escape and they fumble with the car keys!  Finally, through my fumbling, all tags were attached.  Then there were hugs goodbye…  I got Doug to take some photos as he was running past. 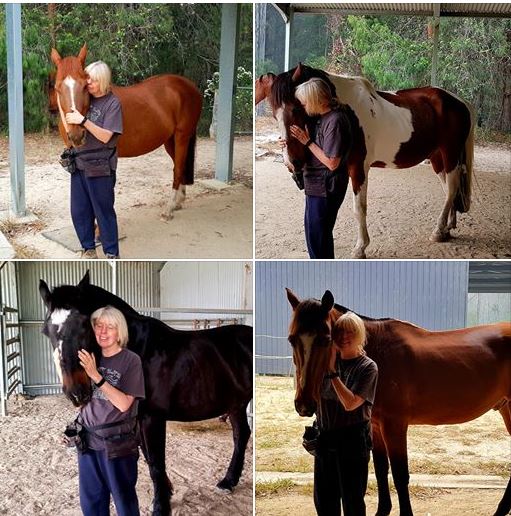 The decision was not to move them.  Magnum would not get on a float – even if he did – he would fall because of his bad leg.  I imagine the stress would kill him.  We had decided a week before that their best chance was in our big paddocks – where it is still green down near the creek flats – they could have access to the dam.

After the horse goodbyes, it seemed like a good time for coffee, before the bad fire weather set in.  I couldn’t really drink it – I was too nervous.  I watched the horses go past, down to their favourite bottom paddock, shut the gate so they couldn’t return to the forested area, and then went inside to check updates and contact neighbours and friends.

We knew that from midday on it would be a critical time.  At around 1 pm we received an emergency text message that the fire had broken containment lines and was in the Nana Glen area.  People from those areas and surrounds were asked to leave and head towards Coffs Harbour.

We stayed put as we were far enough away with easy access out.   The winds were in our favour and Doug was on constant watch for wind change and embers and was constantly hosing down everything.  I trust his judgement – he has dealt with many fires over his career and he knew when it would be time to leave.

As the afternoon wore on, we were cautiously optimistic.  The horses came up for their afternoon feed.  I put some hay in the paddock for them.

As day turned to night, we kept watch – Doug  watched outside while I monitored internet and radio broadcasts and stayed in touch with others.  I marvelled at the job the firefighters were doing – both in the air and on the ground.  I also marvelled at how the community rallied.  There were so many people helping out – whether it be with meals, looking after animals who had been evacuated, offering a bed – or a shoulder to cry on.

At 11 pm we thought it safe to get some sleep.  We were awake again a few hours later when the wind changed.  Doug stayed up for several hours – just watching.  Then we were able to get a few more hours’ sleep before morning.

Wednesday – Today my body has ached and I have felt weary all over – I guess that is after the adrenaline rush.  The danger has passed for now – but it’s not over. As I said earlier,  helicopters are  flying over.  They are desperately trying to get this fire under control and protect the townships while the weather is favourable.  Many people are still evacuated and others have lost their homes.

This is only one of the many fires burning along the north east coast of NSW – a previous ‘low risk’ area.  Today there a bushfires in tropical Queensland.

I have a lot more to say about this – but for now will end here.  In my next post I will write about what comes after the feelings of fear, relief and gratitude – and that is anger, sadness and frustration.  And after that – it is hope that attitudes can change at government level.

5 thoughts on “War is Declared”