We did many different exercises and simulations during the course.  We were still doing our body awareness exercises every day – and we were also standing for long periods of time.  I was amazed at how my body got used to this – how once again it responded to these exercises..

But these weren’t the only exercises we were doing – some weren’t physical – I think they were designed to explore ourselves more fully – and to bring us out…. some of them reminded me of what you might do in an acting class..

We had one exercise to ‘bring out the child in us’ .  We were meant to talk in jibberish and do other childlike things.  I felt like an idiot and laughed my way through it.  I really didn’t see what it had to do with horses and I’m sure Kert knew beforehand why he was doing it.

This exercise brought up issues for  some people, who had had childhood traumas.  Some people walked out – others were in tears.  There were only a few men in the group, but it was the men that were affected. – and of course one of them was Peter.  He was quite distraught and said his childhood was horrific – then he walked away.

I could only think “Kert you idiot – you are destroying a nice person!  Another man was sobbing – and one girl said “this is bullshit!  I’m not doing it!” and stormed off.

Kert immediately gathered the ranks to make sure they agreed with him that he was not at fault….  I can’t remember now if Peter left the course then or not – but I felt he was all but destroyed by it.

Some people had an opportunity to do groundwork with a horse – always it is about every move – being aware of every muscle, every thought.  Kert was brilliant at directing these people.  The problem was – very few this time got near a horse!  I certainly didn’t!

I did see some impressive things,  and once again I learnt to be more in control of my mind and body – posture, energy and presence.

Some were rightly starting to feel angry and disappointed.  It was not what they had signed up for.

The course is more like a personal development course – with horses sprinkled through it.  This is not a bad thing – it is just that when advertised  most people expect something a little different.

Kert says  you are not with ‘destiny’  if you cannot just ‘accept’ – if you are always ‘wanting’ –  if things aren’t ‘structured’.    This is true to a point – however, then maybe it should be advertised as a ‘magical mystery tour’ that will involve horses.  It’s also a good excuse!

So soon the four weeks were over.  Once again I had met some nice people.

And once again I was very confused – observing the two sides of Kert and trying to understand how he can work magic with horses.

Patty and I now had a ten day break before the second course.  I had no idea of the news I was about to receive…. 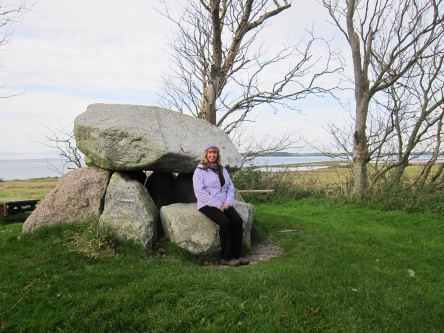 COMING UP – BAD NEWS FROM HOME

One thought on “Part 38 – Childish Exercises”