The feature photo was taken in 1981.  I’m riding on the beach with my sister Sue (left) – and friend Jan (center) – who at the time had horses –  this is but one of the memories I was about to uncover…

I was also about to uncover the reason for my tiredness.  I went to see my doctor about it.  He suggested having a sleep apnoea test.  I made an appointment.

In the May of 2016, I was asked if I could help assemble photos for a 40 year reunion…. it wasn’t just any reunion.  It was a reunion of the Northern Rivers Bushwalkers Club – a group of people who meant the world to me.   Several years earlier, I had been given a few cardboard boxes full of old slides, which had belonged to our dear friend Roger.

Roger had been a driving force in the club and was an excellent photographer.  We had stayed friends since those days in the 70s/80s.  We had spent time at his house when our kids were little.  It backed onto national park and it was always great to escape the city and spend time there.  He was part of the family – and we continued,  along with another family – the Andersens, to enjoy camping trips with him.  Sadly, he was diagnosed with early onset Alzheimers disease.  He had been an industrial chemist and  one of the early computer programmers in the 70s.  It was hard to watch a great mind disintegrate. Sadly he died about 11 years ago.

Now was my chance to honour his memory – and bring his slides back to life.  I had no idea the task would take me four months- and what it would mean for me.  As well as researching and then purchasing a slide scanner, I had to learn the Photoshop programme.  There were many hours spent restoring the damaged photos.

But I had no idea the effect it was to have on me!  As I started the process, memories came flooding back.  I was overwhelmed with emotion.  This was no ordinary club.  We were destined to meet.  At that time, in the Northern Rivers area of NSW,  Australia, it was like a magic wand was waved so we could all come together….

I was 20 when I joined the club at its very beginning, along with my sisters.  The next seven years were full of the most amazing adventures, along with so much laughter and fun.  It was like I’d found the rest of my family – there was such a sense of belonging.  To go back through so many photos, to have to study a photo in detail to repair it- I got to really know Roger through his photos.  I was amazed at the scenes he captured – back in the days before digital cameras.  I’m sure he was standing right behind me, helping me sort them!

Here are a few photos from those times: 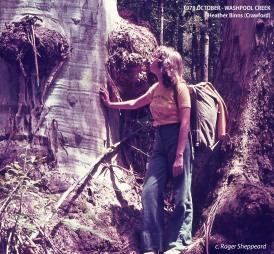 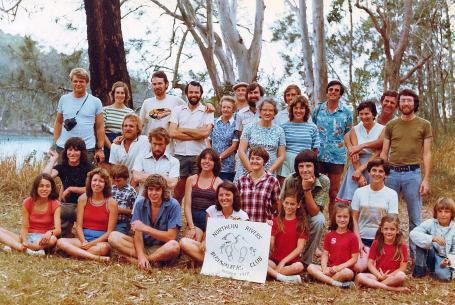 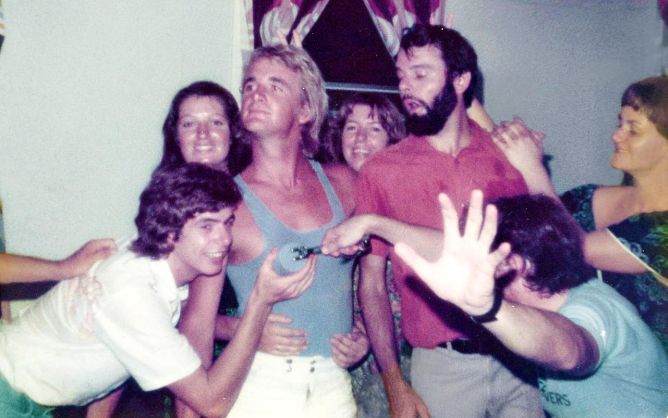 I was basically living in the 70s and early 80s for four months leading up to the reunion. At the time, the club attracted people, mainly in their twenties – people who had usually come to the area because of a work transfer –  or who just wanted a better lifestyle than living in the city.

We not only went on walks and camping trips together, we spent most weekends together!  There was also caving, canoeing, bikeriding, abseiling – and even squaredancing, rollerskating …. and our little horse group.  And there were plenty of parties!!!  It was an idyllic way to spend your twenties – but most importantly they were friends you just felt at ease with.

So with this preparation, I was basically working 7 days a week – with a break around 3 pm for the horses.  Towards the end of this time, as the deadline approached, the work was even more intense.

And something else happened – because of this workload……

COMING UP – A DIAGNOSIS…. AND A FRIENDSHIP….