I’ve been searching for the right words……

There is a clearness.  It feels like a layer has been removed ……..from the plants and animals.  But has there really been a layer removed?  Is it just that the chatter – the busyness – has made way for calm  and allowed me to focus more on the present – rather than forever planning for the future.

Over at the horse shed – which is close to the forest – it sounds so noisy!  But the noise is nature – I can hear the Wompoo pigeon calling from deep within the forest, hear the lorikeets munching in the trees, watch the fights between various birds, see the goanna making its rounds, as well as the scrub turkey – and the wallabies….  As the black cockatoos fly overhead, I hear their mournful cry – and far away in the sky I see the eagles soaring.

I also see the forest – see it more clearly than before – I can hear it breathing – there is faint rustling from the wind, the leaves glisten, the trees sway….  and as I look deeper into the forest, there is magic.  In the depths there are quiet goings on that we humans are unaware of. 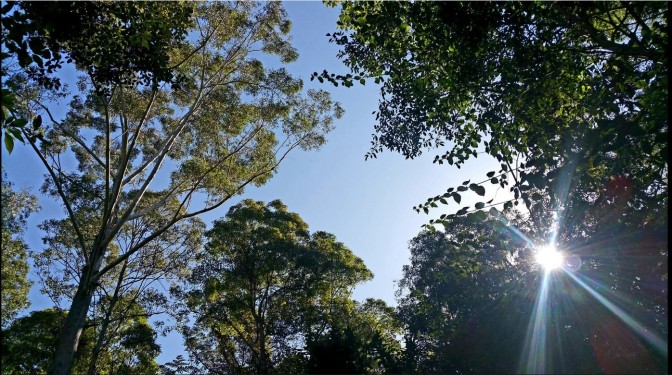 And then of course – there are the horses…  My four fur children stand quietly while waiting for me – sometimes the wallabies and scrub turkeys are with them – all waiting –  for the human who shares goodies to eat – and lots of love! 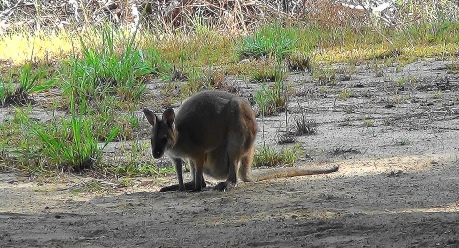 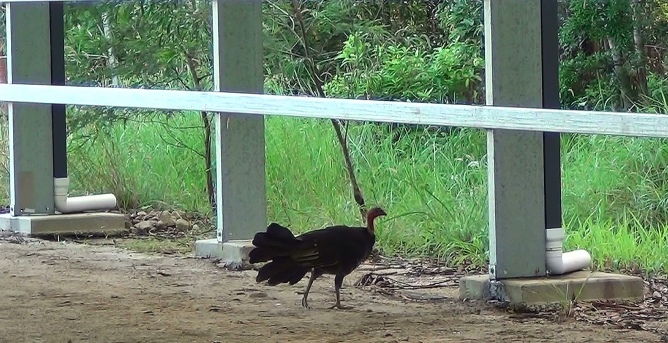 Each horse has time with me – but let’s focus on Magnum for now.

I’ve documented Magnum’s history and progress in this blog – the change in him still makes me shake my head in wonder!  But wait…. there’s more! 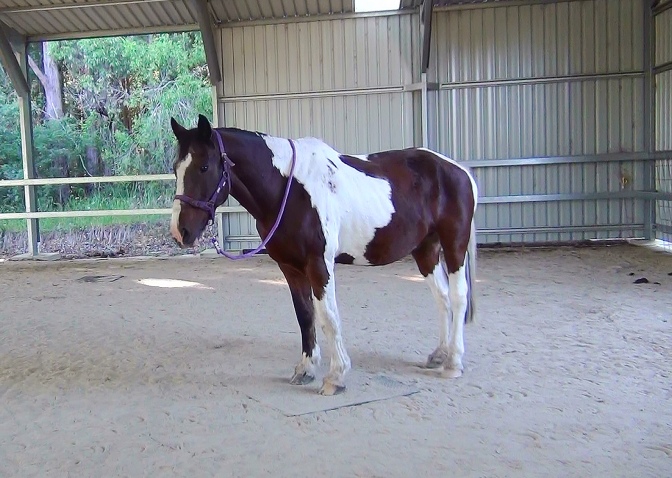 Something is different – I can’t quite put my finger on it yet – but it feels like another layer has been peeled away.  I think I have mentioned before that sometimes as I walk past Magnum, he just takes my breath away…there is something surreal and magical about it.  I’ve sat with this feeling… it’s like he is other worldly – from another dimension… that’s the only way I can explain it.

And during this quieter time, at one point, I thought he was going to physically speak to me – like Mr Ed!  Now he didn’t do this – but what is it that I’m feeling?  I’m shutting my eyes now to relive that feeling… what is it?

I’m thinking about the Stephen King book called Dreamcatcher…..  it’s a typical horror story, there are a lot of awful scenes and an alien invasion – but there is a character called ‘Duddits’ – a disabled boy who is saved from bullying by a group of four boys.  They discover he has supernatural powers.   As they grow into adults, the four boys – now men – still meet each year.  During this time there is an alien invasion and the group of friends contact ‘Duddits’ for help.  Duddits is by then dying of cancer but in the end he turns into an alien and fights the bad guy.  That’s a very brief description.. What I mainly remember is that Duddits ended up being magnificent and heroic.  The boys had treated him with kindness and compassion.  Someone who had seemed so helpless was in fact powerful beyond belief.

Where am I going with this?  Why am I writing about it?  Hang on…. let me gather my thoughts…

I see parallels between Duddits and Magnum.  And one of the first things I remember about Magnum is that I immediately called him Dreamcatcher – when he was still circling the sale pen – bewildered and frightened.  The name brought tears to my eyes then and I didn’t know why.  But Emma wanted to call him Magnum – because his colours reminded her of the Magnum Ego icecream… so Magnum it’s always been – but I’ve never forgotten his first name, which I think of as his real name.

Am I saying that he will suddenly turned into an alien being – capable of destroying all the bad things?  No……

In treating Magnum with kindness and compassion – just as they treated Duddits – I’ve been able to discover how incredibly special he is.  Yes – all horses are special – but there is something still unfolding with him.  He has taught me so much – but now as I spend time with him – carefully going over his body and tending to the itchy spots – there is still something so wild…and beautiful…

Many years ago, not long after he first came here, I asked him where he was from… he told me he had lived in the trees.  And again I’m reminded of that, as I feel the trees, plants and animals are all having a great conversation – and we humans are too busy to stop and hear it.

I ask him “What do I still have to learn?  Teach me everything before you go!!”   I’m already feeling Magnum’s departure – he is still well and truly here – but I feel it…  I think it’s dread…   I never want him to leave – I’m already mourning his departure and he’s still here.  How long will he be here?  What else have I got to learn?

I now sit with this… waiting for those glimpses – waiting for a picture to form.  In the stillness, the retreat from what we humans see as ‘life’, I know that all this is only an illusion.  The real world is different from what we see… I’ve seen it before… Now I have Magnum… or rather… Dreamcatcher… with me – so I can see it through his eyes.

So while I wait to learn more, I’ve made a video – a collection of moments – that I’ve put together.  Even if you don’t watch any of my videos – please watch this one and tell me what you feel.  Maybe we can explore this together!

And so, I will keep you informed of any new revelations!

6 thoughts on “Dreamcatcher… A Gift from the Heavens”