I have written previously about having my ‘animal communicator’ hat on – I thought it was time to write some of the things that horses say.  What on earth do they talk about?  Why would they talk?  What makes me think I can hear them?

Good questions!!!  If you head back to this post – Part 10 – Can Horses Talk? you will see some of the background of my talking to horses.  That was preceded many years earlier by psychic events, and tuning into people.

In that post I talk about how I first heard words from Ducati while we were walking along the trail.  Because of my previous psychic happenings, I was quite open to listen. I have no idea why I was able to hear/feel things – and why I still can at times – it just happened – so I went with it!

Over the years I have chatted to many horses, and many from the natural horsemanship group in particular.  I have found when I ask if they would like to talk, there can be three different responses.  A horse can just launch into a conversation – it can be what we might think is trivial, an angry or frightened response – or mention of something sore.  In fact two very common statements are “Am I staying with my owner” and “Where is my mother”.  They break my heart….

The second response can be “I can’t believe this is happening”, which I found very amusing.  As humans we seem to think that we are the only ones that would think that.  Then eventually a conversation starts.

The third response is nothing.  I’ve put this down to several reasons.  Some horses are shut down, others just don’t want to talk, and some are either suspicious or nervous.

With the third response I will often just leave it and often the next time I see the horse it will start to open up.

And then there are days when I can’t ‘tune into the channel’ – I imagine for various reasons.

I asked Glenda, Vicki and Cheryl – all members of the Nambucca Natural Horsemanship Club –  if there was anything in particular they remembered about my conversations with their horses – here are some emails they sent me –

From Vicki – the chat with her horse Mr Ed:

The theme was about helping older people in the community.  Afterwards we organised for some of the elderly patients from  Autumn Lodge come out to connect with the horses. It was just beautiful to see the joy on their faces and the horses being so respectful to them.

Glenda then organized with 2 older patients, picked them up and brought them out to the Showground to see the horses!  Mr Ed and Phoenix actually cuddled them and photo’s were taken which was very special.

As it happened the gentleman later died and Glenda brought in his funeral service which had a photo of him with Mr Ed!

A chat with her other horse Monty:

The biggest thing for me was that Monty mentioned “The Velveteen Rabbit”.  I had no idea what that was about.

At the time Monty was helping a young girl who was going through a very hard time and she started coming out to see Monty. The improvement was great and even the psychologist  advised her mother to continue the sessions with Monty.

The next time they came out I mentioned that Monty had a conversation with you and that he mentioned ” the Velveteen Rabbit”.   Well the mother went pale and the girl said that it was her favorite book!

Just wanted to give you some feedback in relation to Tom’s reading. You may recall that he showed you some $2 coins at one stage and he also mentioned someone was peeling apples. These two comments seemed out of context with the rest of the reading at the time.
Well on Sunday night I was having dinner at Mum’s when she said ‘Oh I forgot to give you the money for the biscuits – here it is’ and she gave me two brand new, shiny $2 coins!
Then on Tuesday my sister gave me some apples for the horses. That night when Tom was in the stable eating his feed, I was in the feed room adjoining that, cutting up apples to use as treats for the horses, when I remembered the comment. It’s rare they get apples. So I figured these things might have been included in the reading for validation purposes later.
Just wanted you to know…

From Glenda – her horses Remi and River:

I remember she took us by surprise as she usually just loves to gossip on what’s happening around her. In a  reading you did years ago at Karangi, she predicted a forthcoming huge wedding event. I dismissed it at the time, but yes, the huge, funky wedding took place nearly 5 years ago in London for our daughter – involving us going over there for my first (never going o’seas) trip.

On the more serious side I remember her standing frozen, staring into the distance while she talked about her horsemanship journey.  She said go with our intuition (gut feelings) and go out there as much as we can and help as many horses as we can.   She made me promise. This of course happened after she recovered from a mystery illness that she clearly was dying from. When asked why/ how she was still alive  she answered that she stayed for me – as I couldn’t let her go. The disease she said she suffered from when asked was Rogue’s disease and anyway at the time I googled it and all the symptoms made sense.

Of course as you know she stayed with me for nearly two years before she finally succumbed to a sudden death.

The first near death experience you did a long distance reading as I desperately wanted her to stay and she said she was exiting the stage to make room for another horse who needed my help. She said it was time and that she’ll always be with me and if I needed her to just look out a smaller window ( a horse head came into mind) to find her. I have her buried as it turned out in full view of a smaller window and I did notice that a trophy she had won as the NNHC horse of the year , a while back , sits underneath the window and it’s a horse’s head.

My next horse, River, came my way. I bought him at first sight and later found out he had been called Remy. I found out he had humongous problems. You did a reading on him and he reminded me he wasn’t Remi but then Remi seemed to come into the picture and reminded me of my promise to her.

I usually don’t remember what I have said – but some stick in my mind.  I remember Glenda’s horse Remi knew her time was up and she was ready to go.  Glenda is doing well with her new horse River.

I also spent time talking to Arvai’s horse Silk – however Silk was one of those horses who just never said much!!!  I will include a photo: 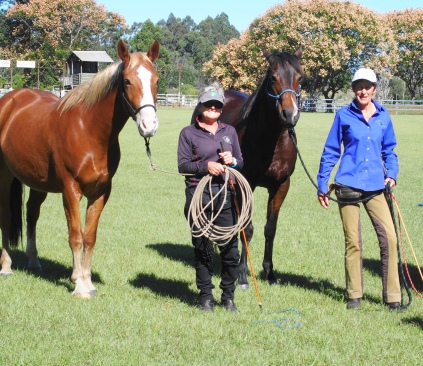 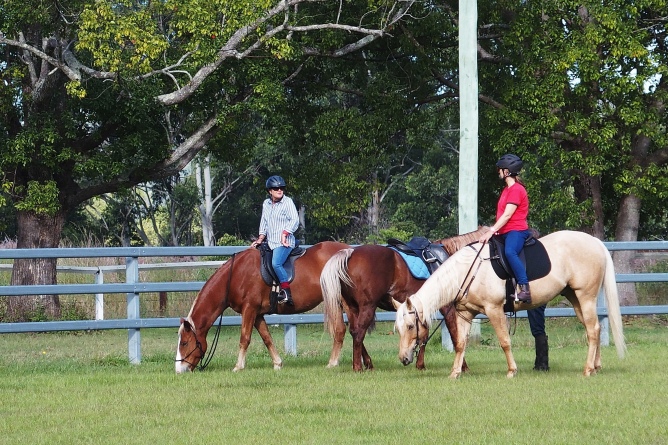 Thankyou girls for your feedback – and happy riding!

It puzzled me why I could put myself out there and do this, when I was struggling with breaking free from the ‘normal box’.  Talking with horses isn’t considered ‘normal’.  I’ve had people scoff at me when I have mentioned it – yet it is one thing that doesn’t worry me.

I realised it’s because the feeling is so overwhelming, the urge is so strong to help the horses, that it overpowers any feelings of ‘oddness’!!